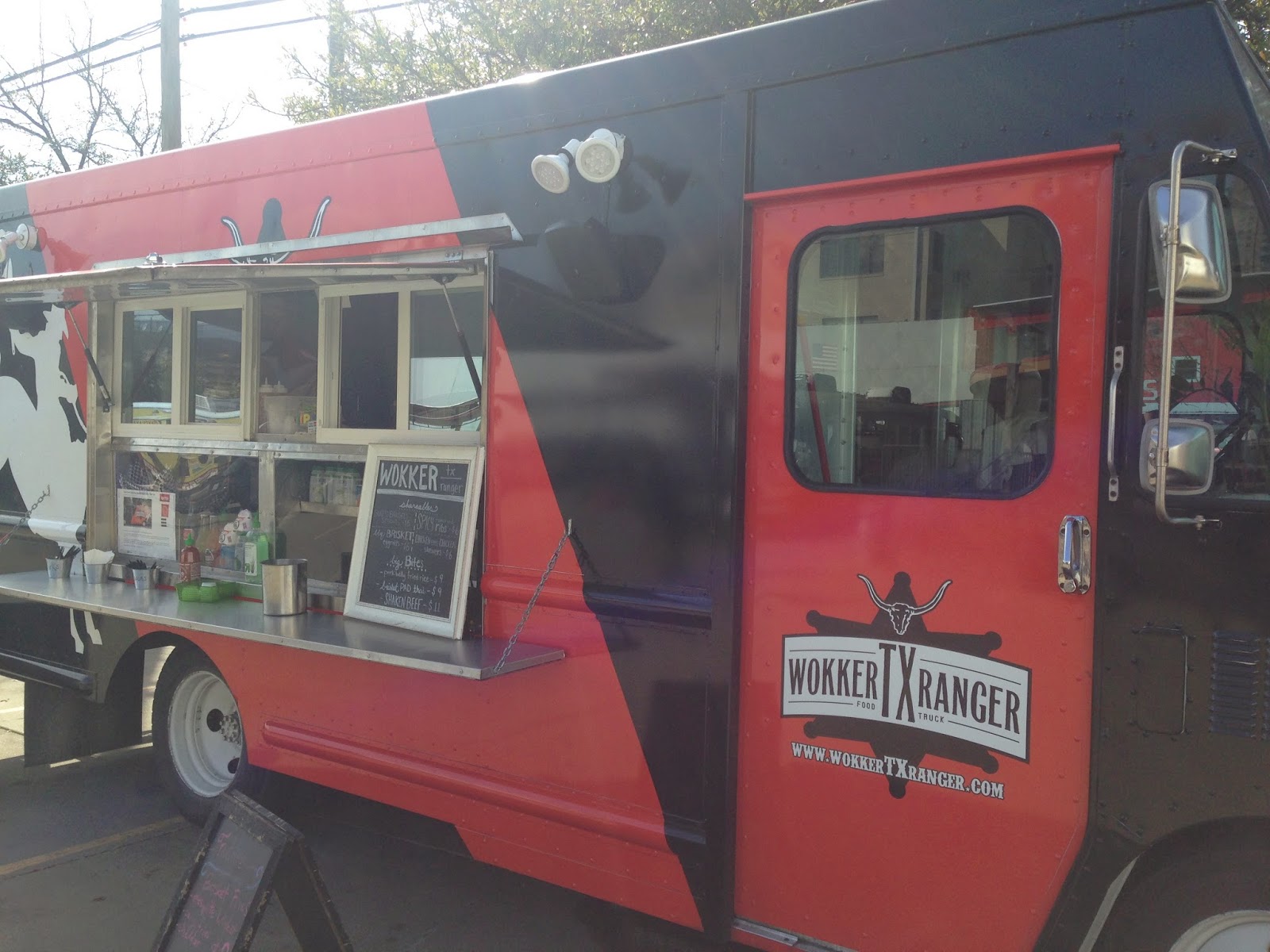 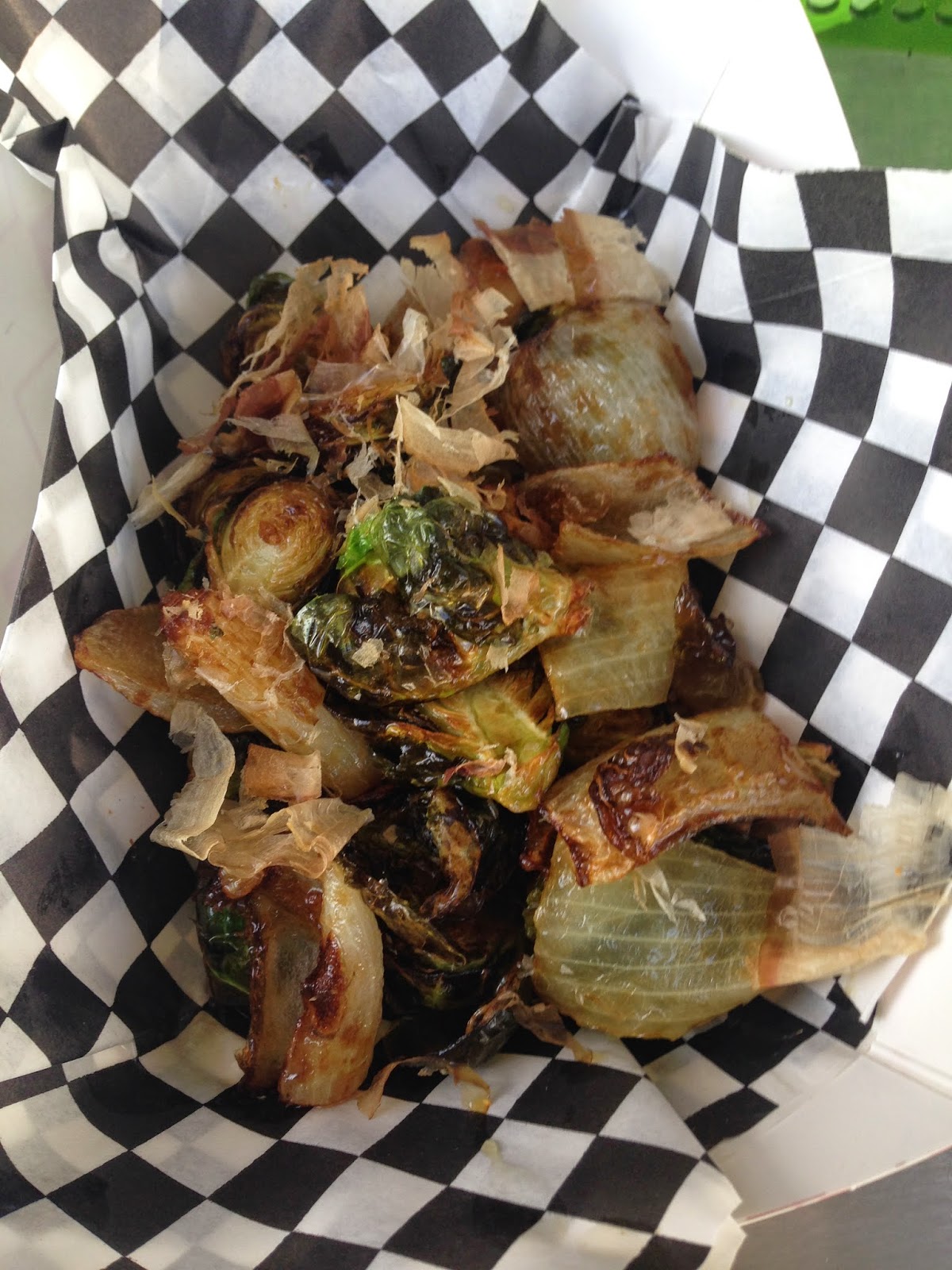 Sometimes a dish surprises you with how much you like it. This is actually one of the best food truck dishes I've tried. A good size serving of Brussels sprouts, onions, bonito flakes and to my surprise sultanas. These are done on a grill or maybe a really hot wok. The Brussels sprouts get an amazing about of caramelization on them. If you've always had sprouts steamed or boiled, then you're not eating them right. Given them some heat and see what happens! I suspected they used shallots on these but it turned out to be small onions, but well caramelized too. Bonito flakes, or katsuobushi, is shaved flakes of dried and cured skipjack tuna. Sounds like it would be very strong flavored but its actually pretty mild and mainly adds umami to the mix. The sultanas, or golden raisins were unexpected and add nice pops of sweetness that counter the bitterness of the Brussels sprouts. On a side note I noticed right away that Wokkers menu had Brussels sprouts and not Brussel sprouts. That's the correct and often not used spelling, its named after the city after all. Details like that makes me think a lot of detail also goes into the food too. Synopsis: Eating something healthy is rarely this good. 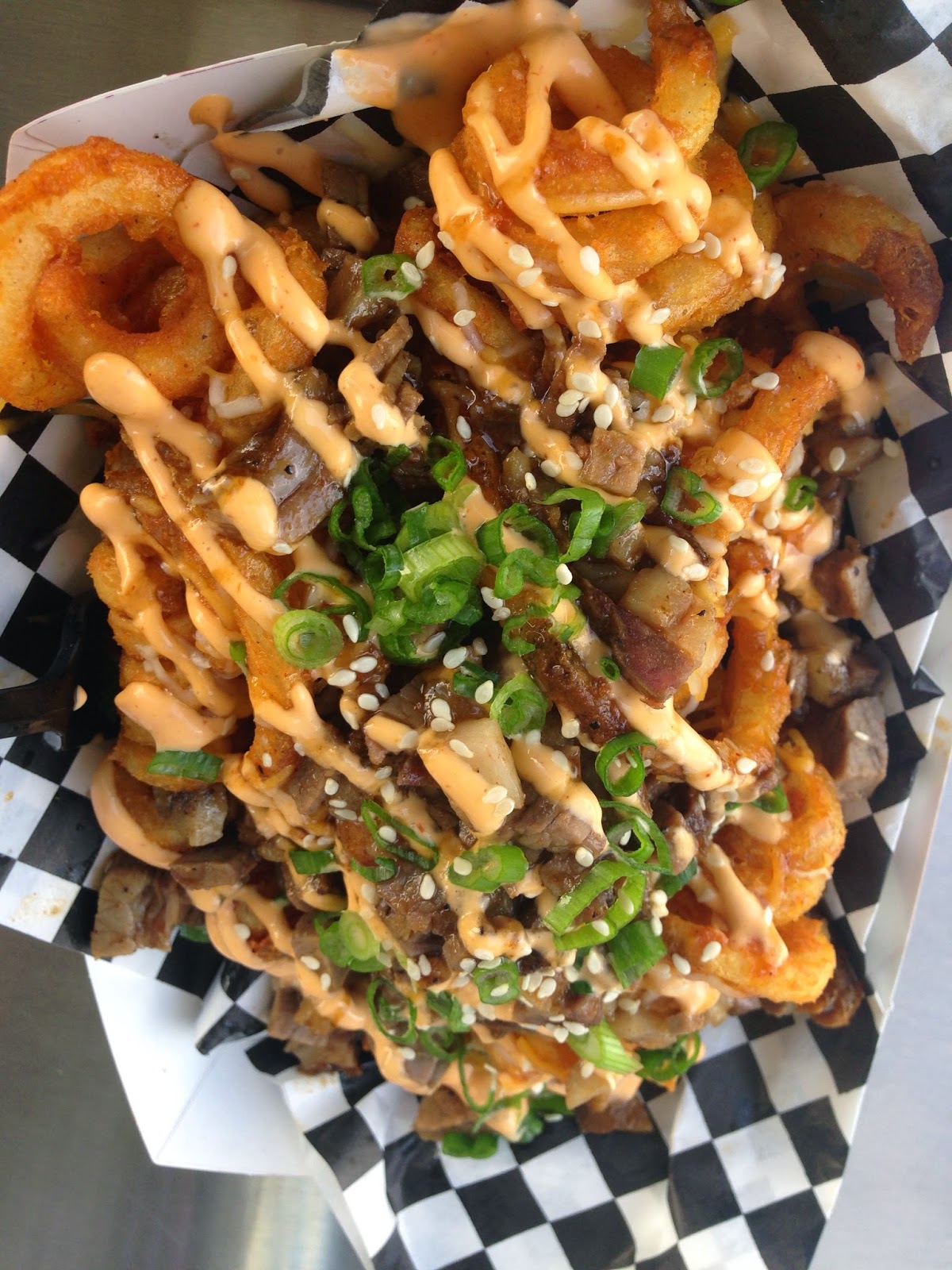 Curly fries loaded with chopped brisket and Cheddar cheese. The smokiness of the brisket hits you right away and it wouldn't be Texas if it wasn't mesquite smoked like this. The curly fries are a good choice here since they have more crunch and hold up without getting soggy. My last fry was actually still crispy. The curly fries also solve a problem of most loaded fries. Regular fries have no texture to hold on to the toppings, curly fries can and do and you get little nuggets of the brisket in your bites this way. Synopsis: A great version of a classic. 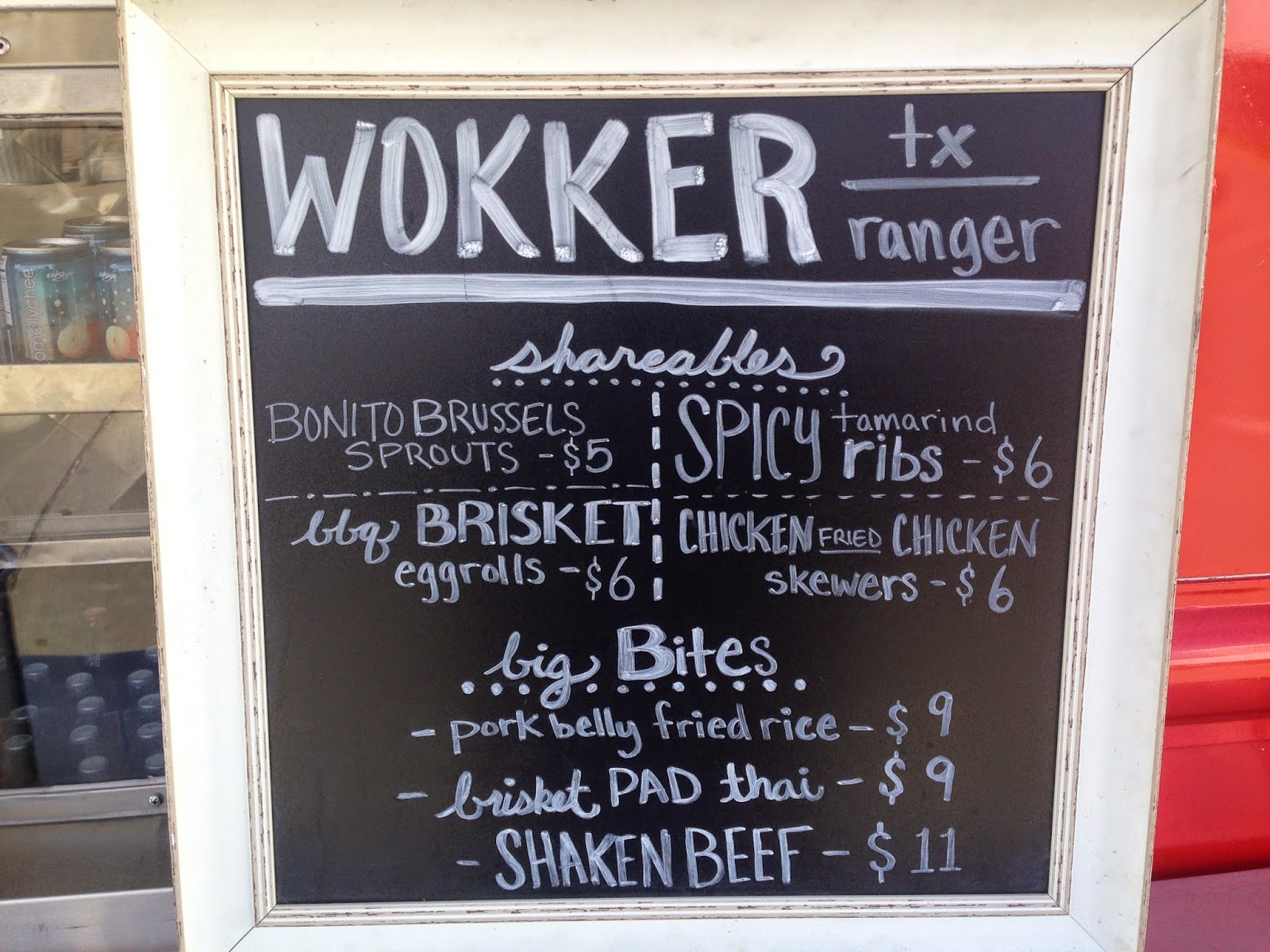 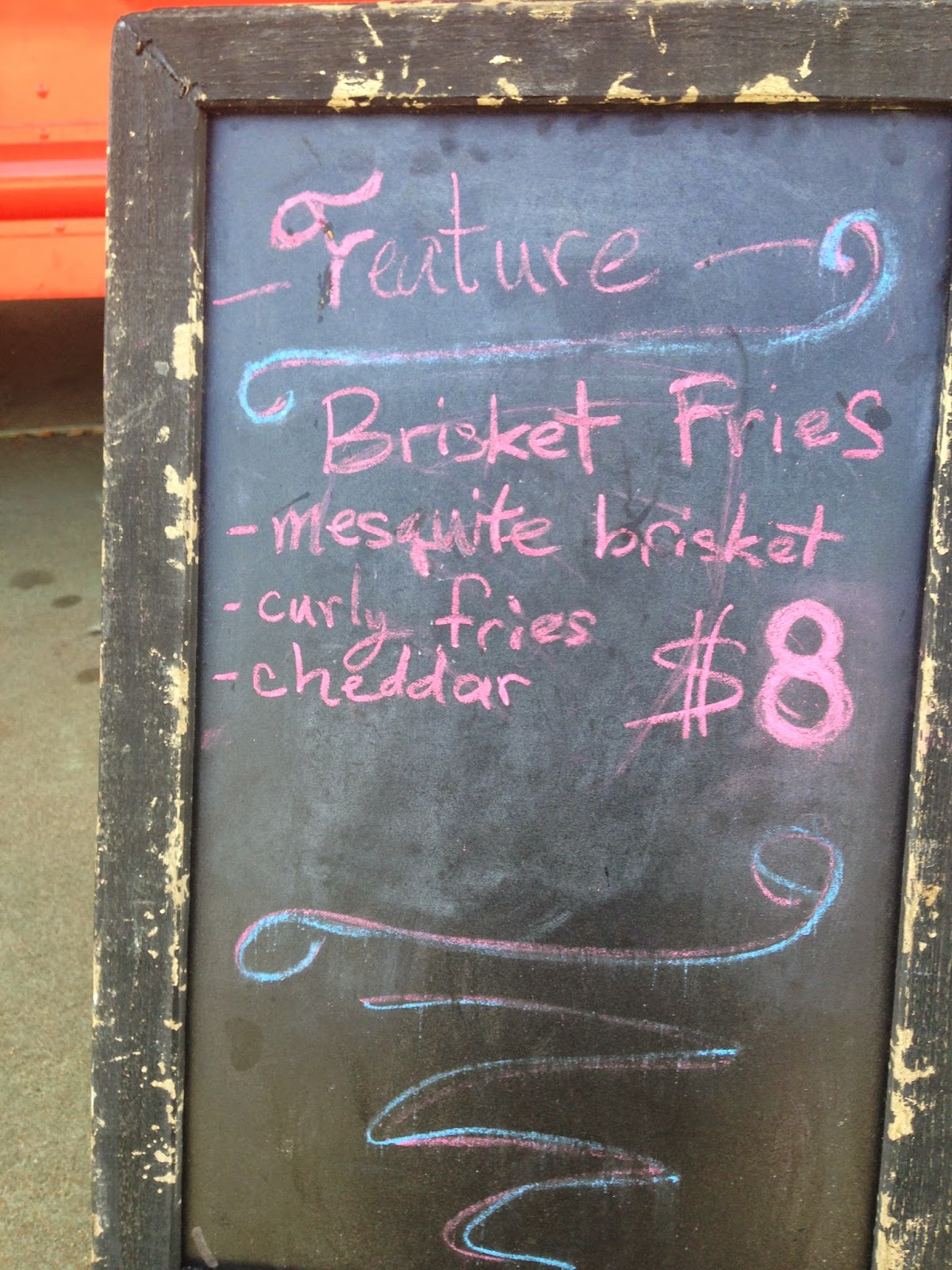