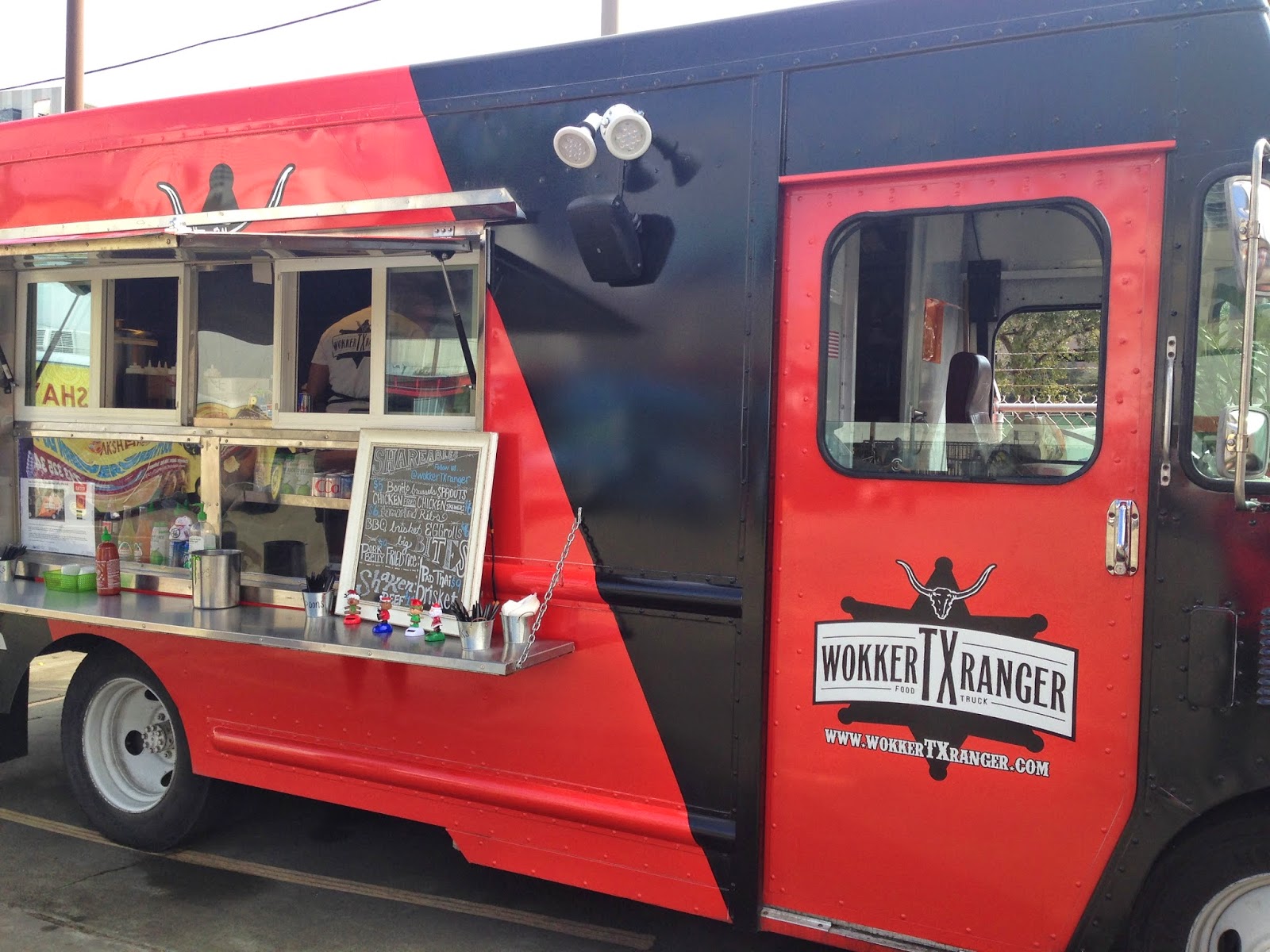 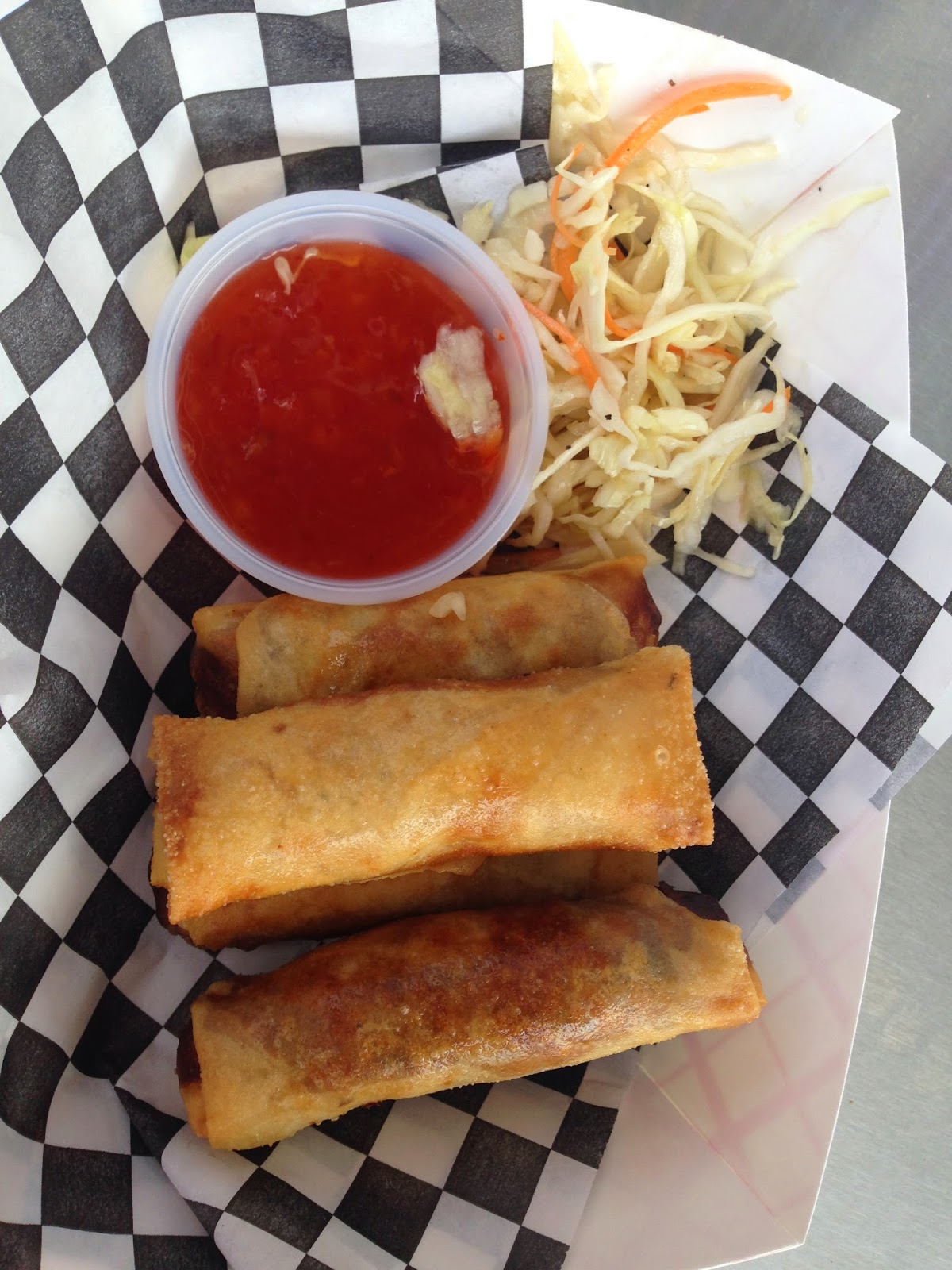 An order 4 for egg rolls served fresh from the fryer and hot and crispy. They are filled with a good chopped bbq brisket. it made me want a chopped beef sandwich immediately. Very tasty. When you get chopped beef for a sandwich its often not very hot. The cooking process gets the filling piping hot and really brings on the flavor of the BBQ. On the side was a small portion of sesame coleslaw. The tangy slaw is nice to cut the richness of the BBQ. Synopsis: I could eat several orders of these. 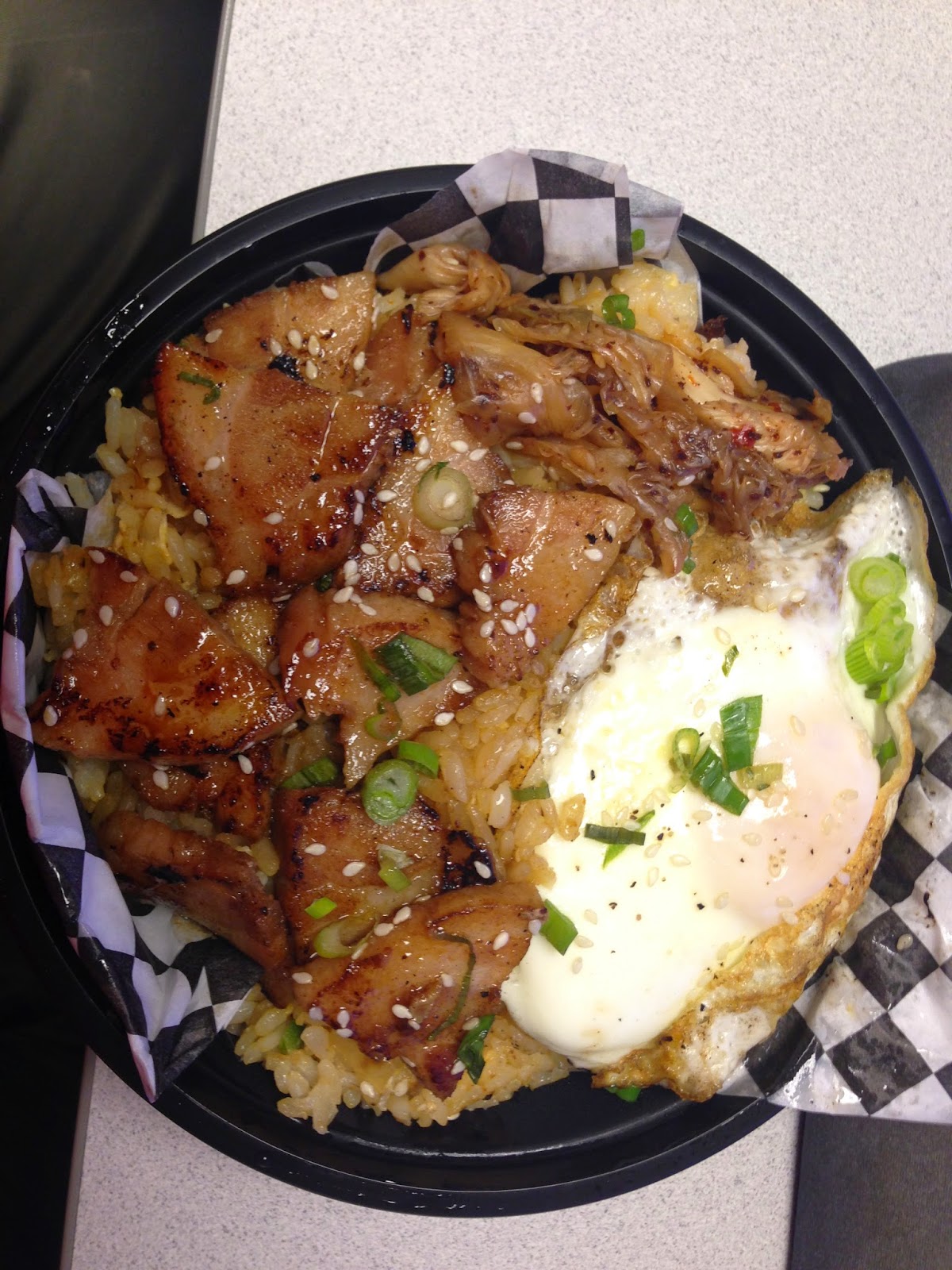 A large order of fried rice topped with lots of pork belly bits in a sweet sauce and a fried egg. The base of this dish is some really good basic fried rice. Making good fried rice takes good rice that's prepared right and good technique at the wok. Honestly I would enjoy an order of the fried rice by itself. It has that perfect balance of sticky and fluffy at the same time if that makes sense. The fried egg was a nice surprise, nicely done with the yolk still a little runny. The star here is the pork belly. I'm not sure how it was cooked first but it was tender and not overly fatty but still rich. This is a definite order again dish. Synopsis: Not your fried rice and egg roll place fried rice. 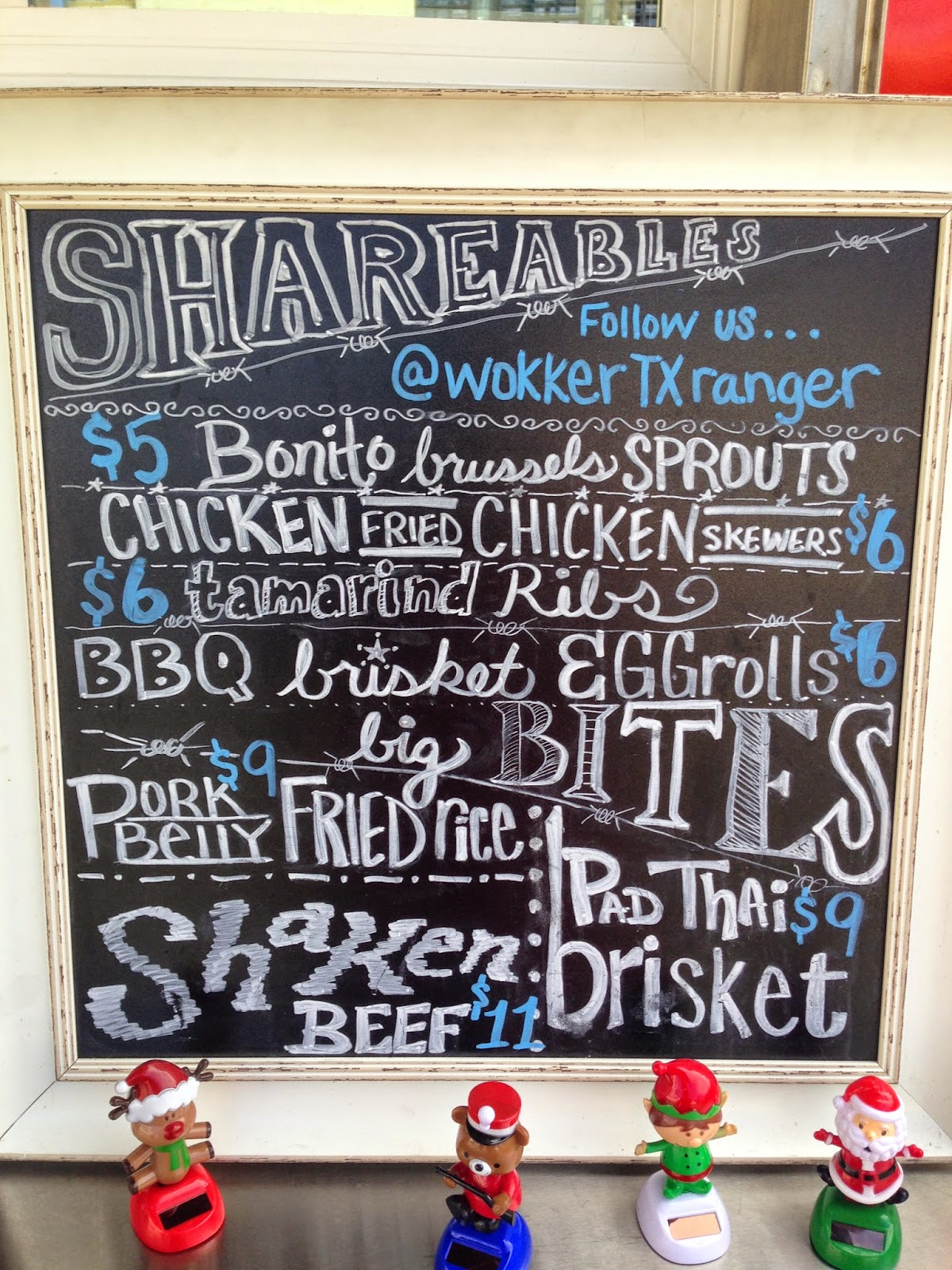 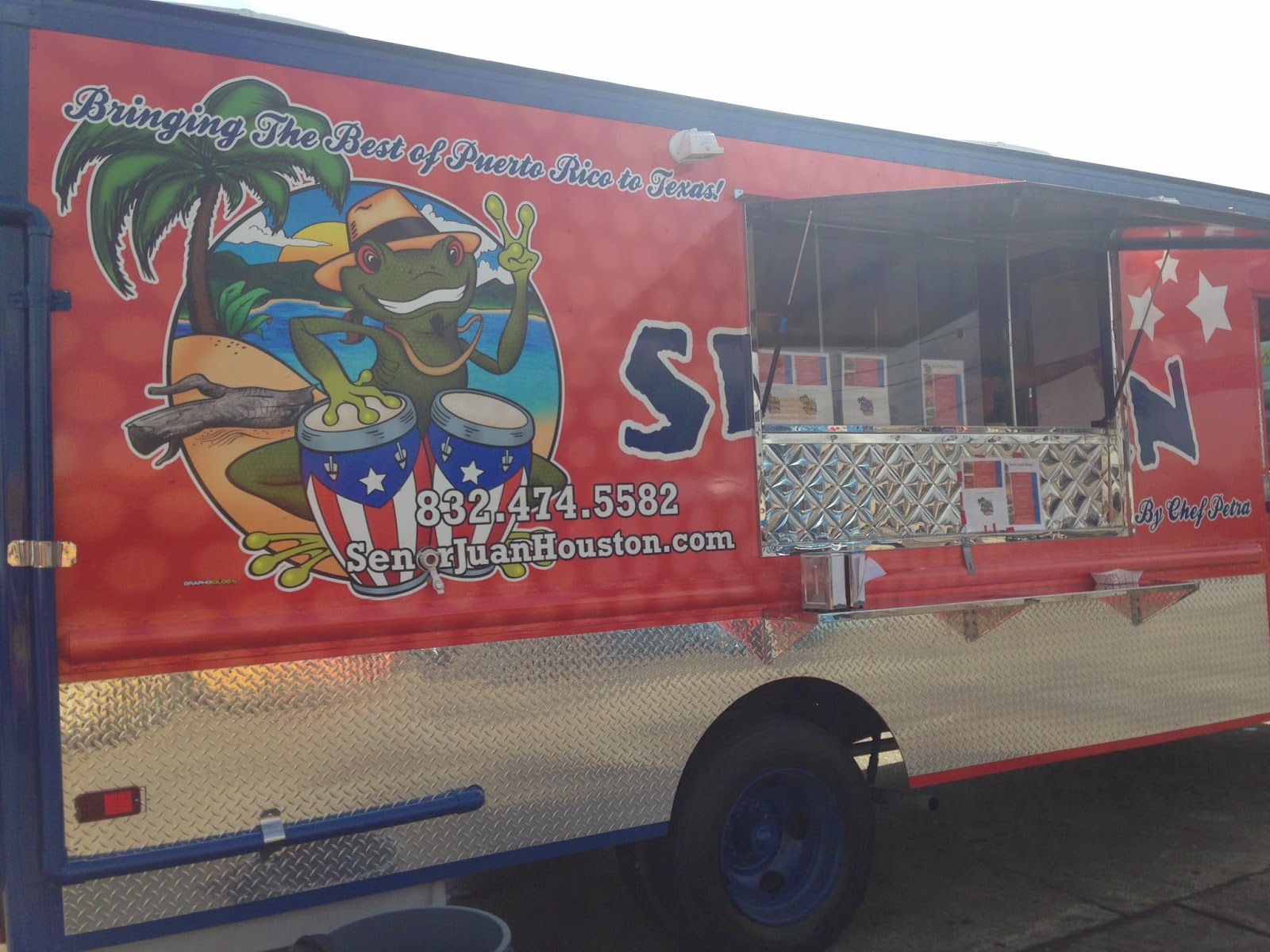 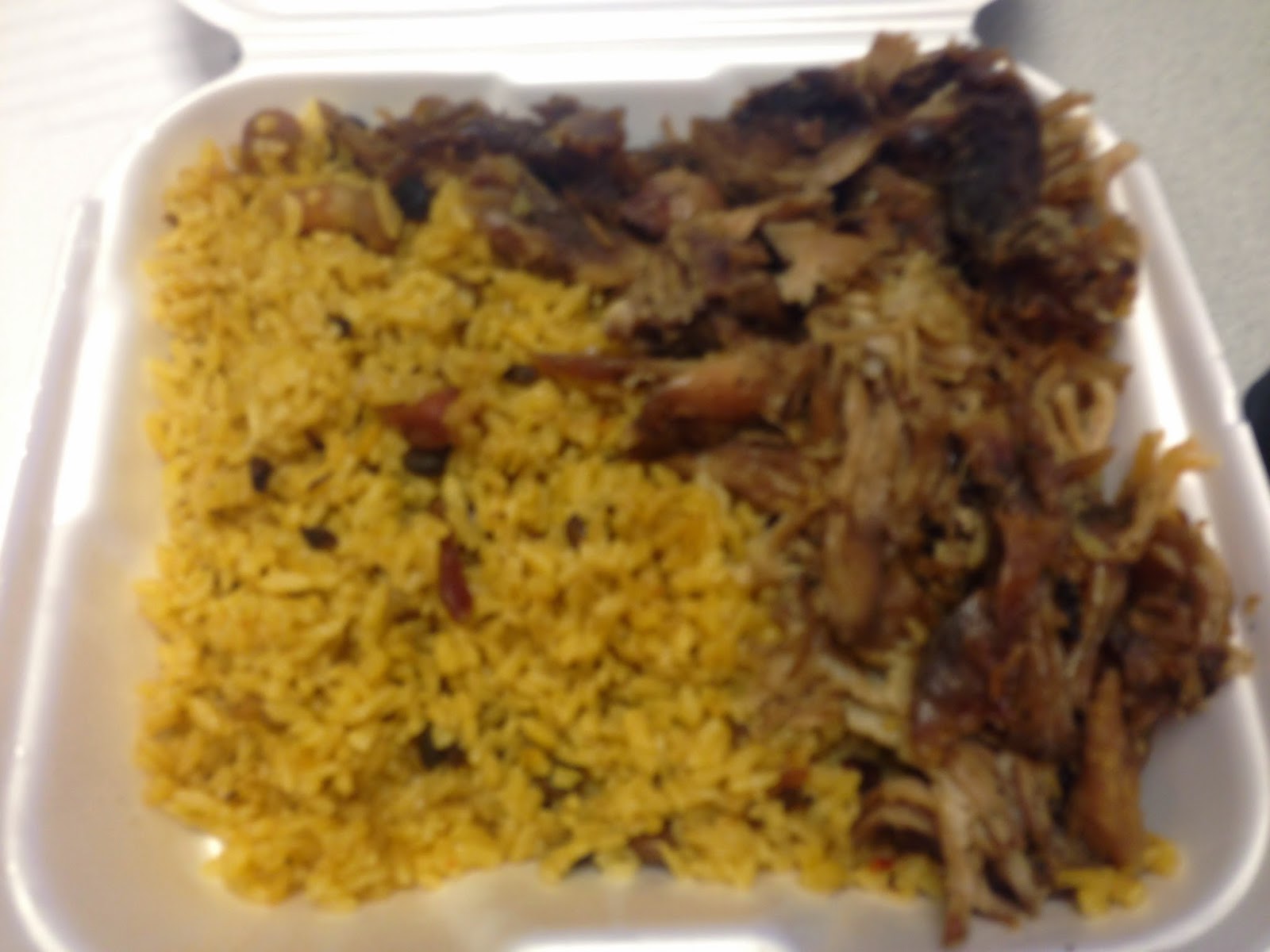 A hearty helping of yellow rice with bean and big serving of kinda carnitas style pork. There was a weird brief conversation when I ordered about not having pork today but they had chicken. Arroz con Pollo is a favorite of mine so I said sure. Then I got pork? very weird. The pork was a little dry like it had been kept warm for a long time. Over all it was pretty tasty though. Synopsis: Fluffy rice and tasty meat, how can you go wrong. 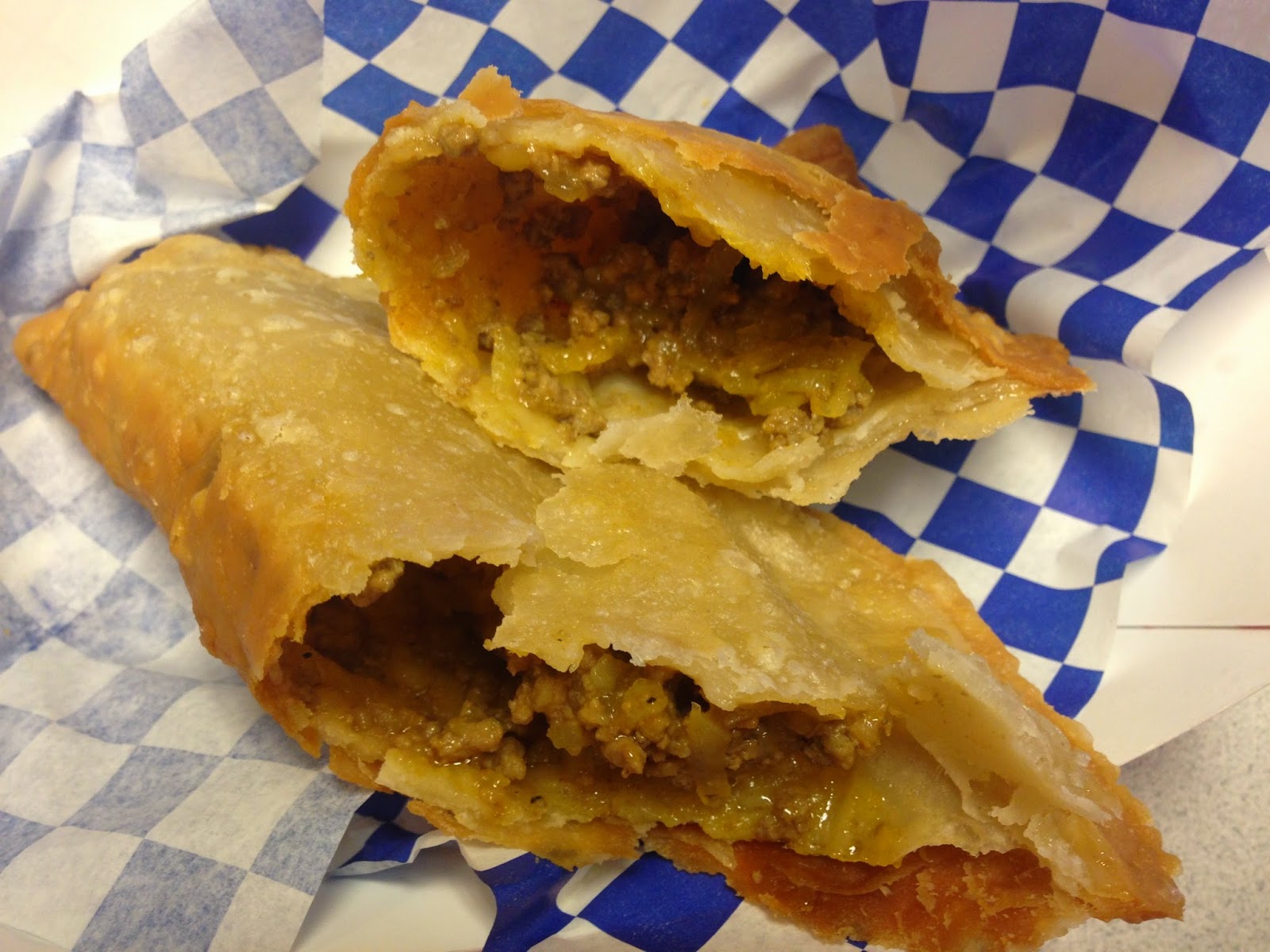 These are delicious. A large very crispy empanada filled with a tasty and slightly spicy meat filling. The size and quality of these make them and exceptional value. One can make a light meal, two would be a pretty hearty meal. Synopsis, this deserves to be the star of the menu. 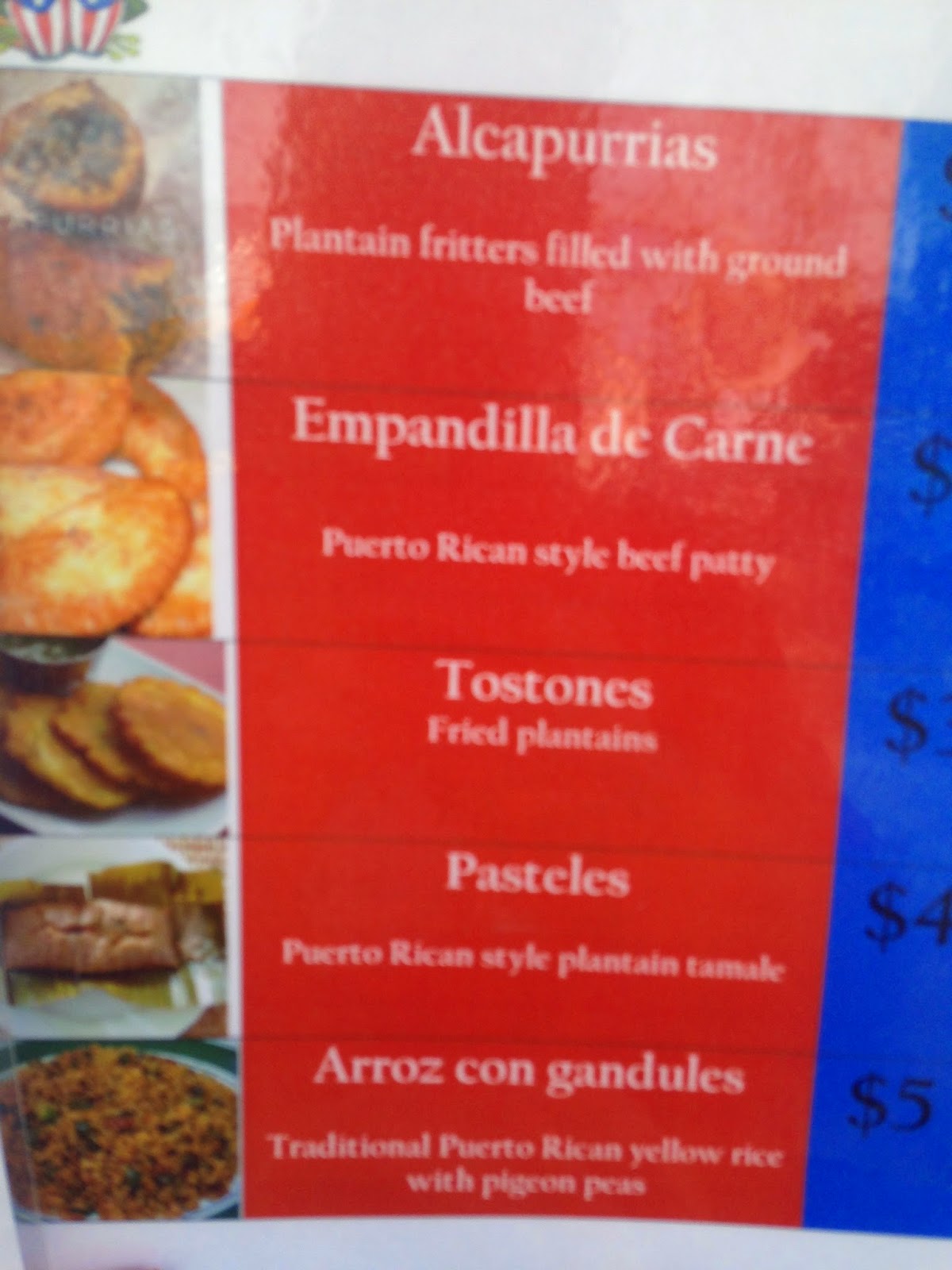 Posted by David Sarkozi at 1:24 PM No comments: 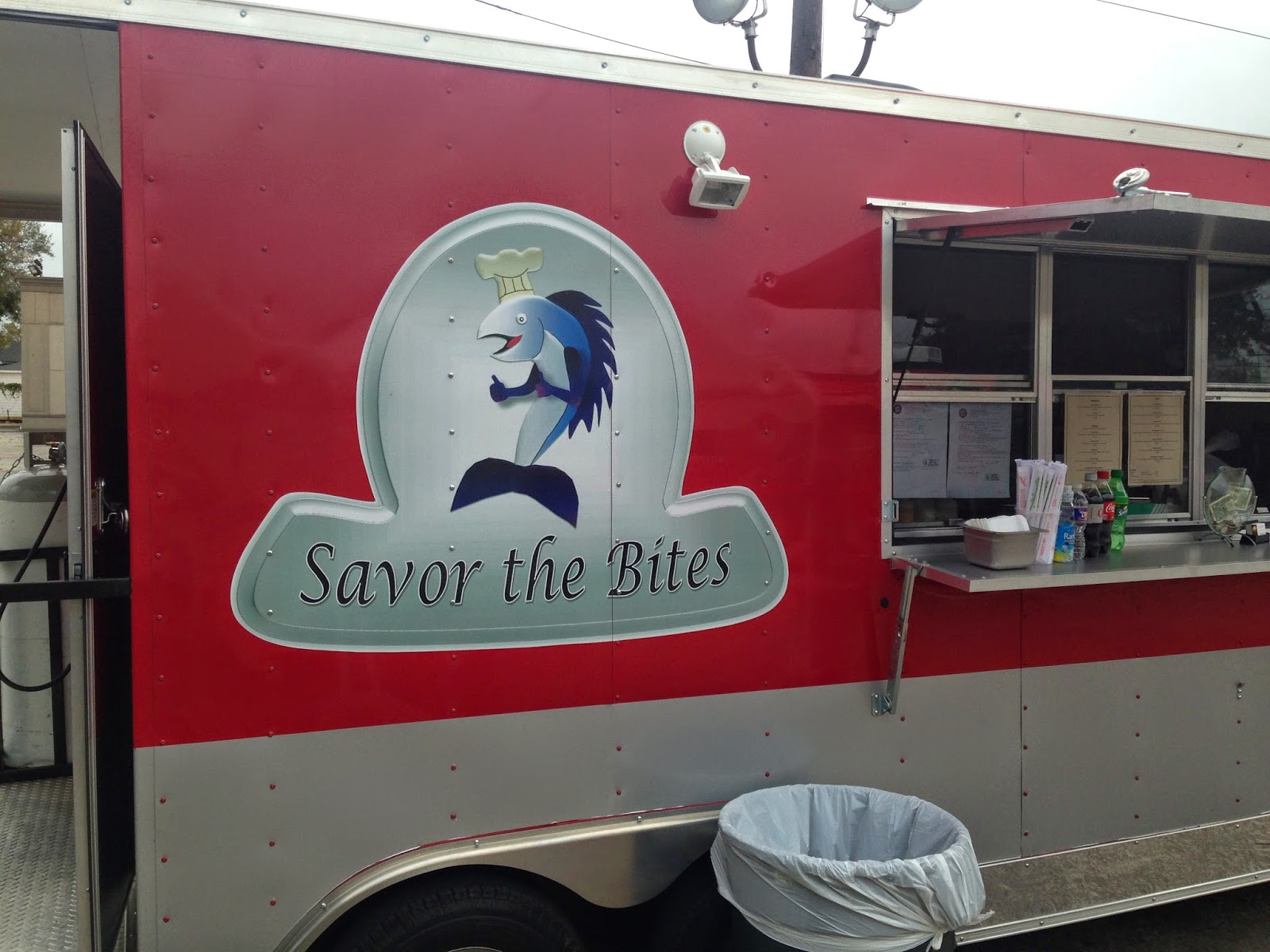 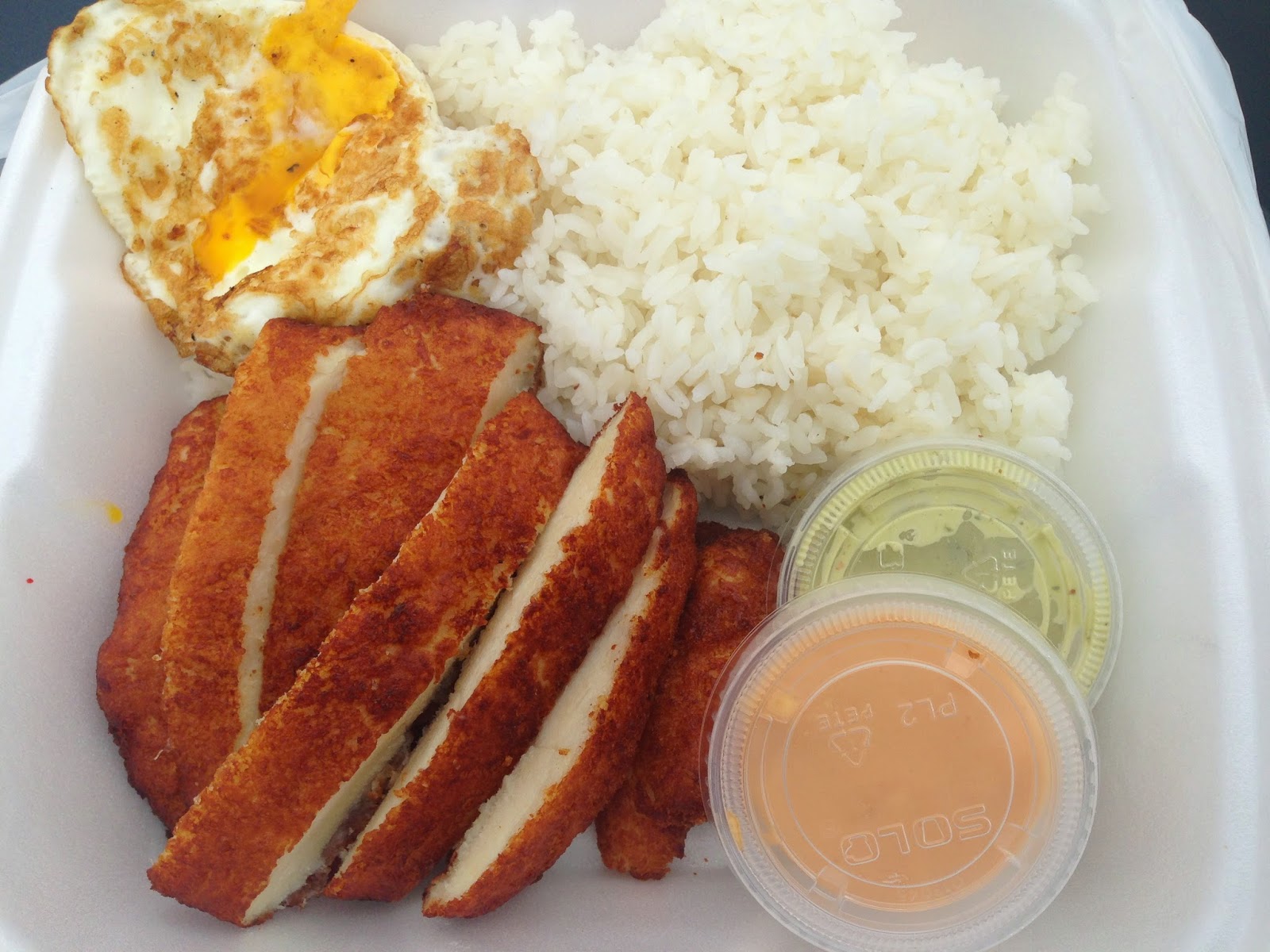 Savor the Bites has a pretty eclectic menu, heavy on Japanese influence but Latin American names. So of course I went for a Latin American named item. The Mexican version is a thin slice of meat, pounded thinner and breaded and fried crisp. It can be served on its own with French Fries or in a Torta. In other Latin American countries its more like what I got, a panko breaded chicken breast. I'm a little suspicious of the preparation because mine was done really fast, much faster than I can imagine cooking a breast when ordered. The order was serviced much like a "Chinese lunchbox" the meat, some rice, and a fried egg plus sauces. I couldn't quit figure out the sauces, the green one was the one I liked better, full of herbs. The orange one I suspect was a Siracha based. I really having problems with this dish. I ate all of it, but it lacked a spark that makes me want it again. I think this presentation would better with some of the other offerings on the menu. I did see the sushi they were making and it was pretty showy looking sushi. Synopsis: I can't decided if this is fusion or fizzle. 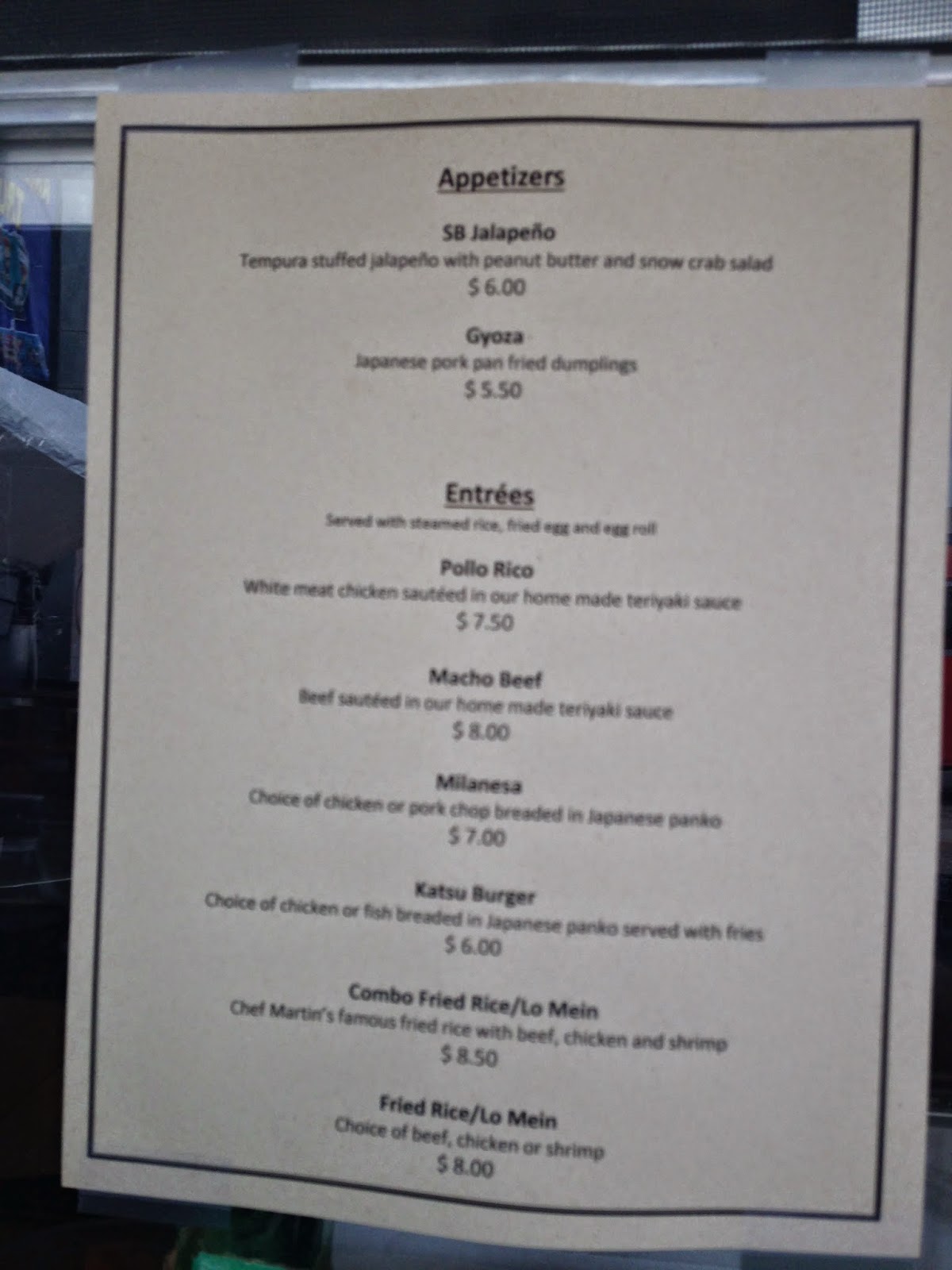 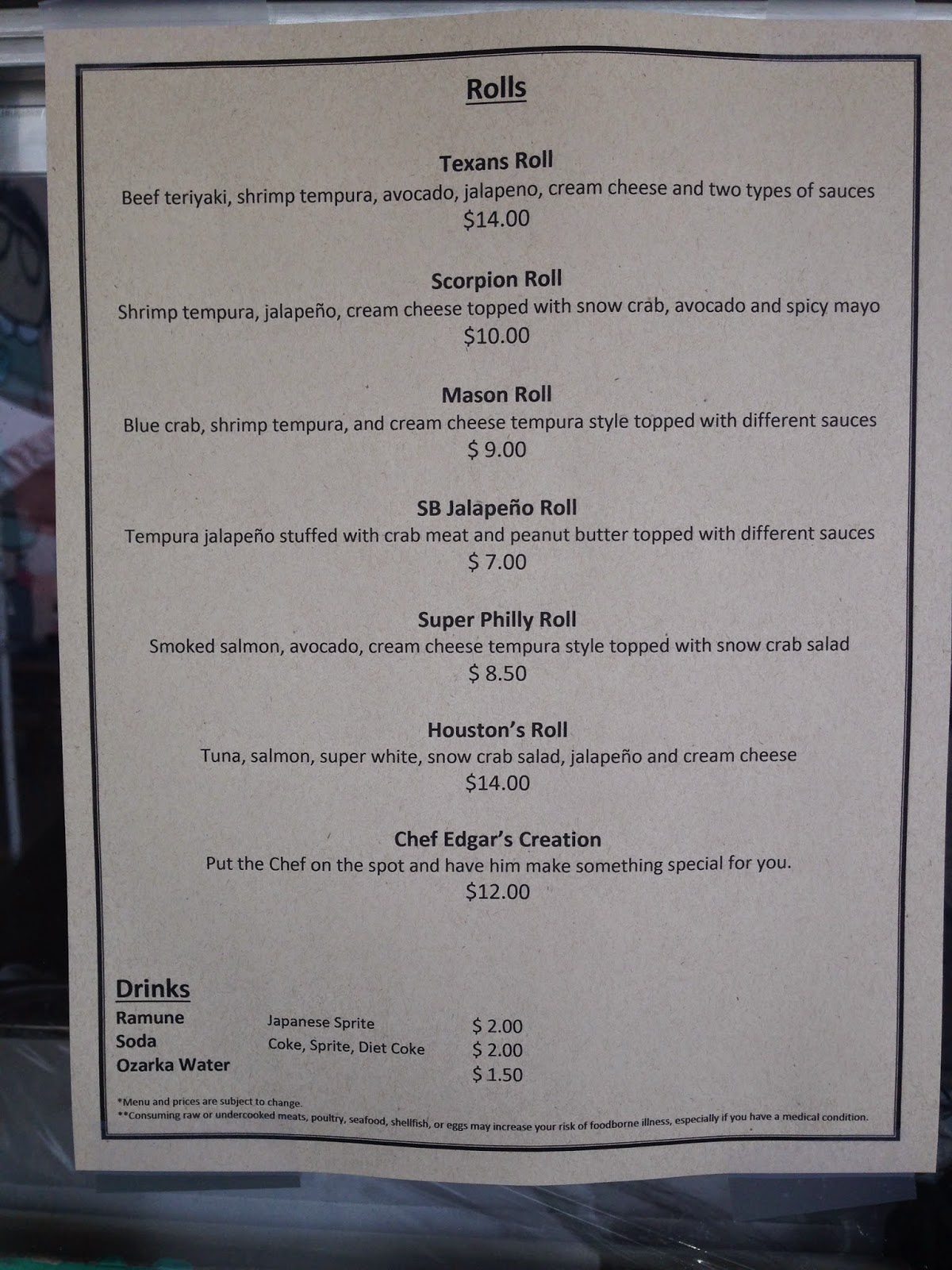