Blaze It Up! - Reggae Plate 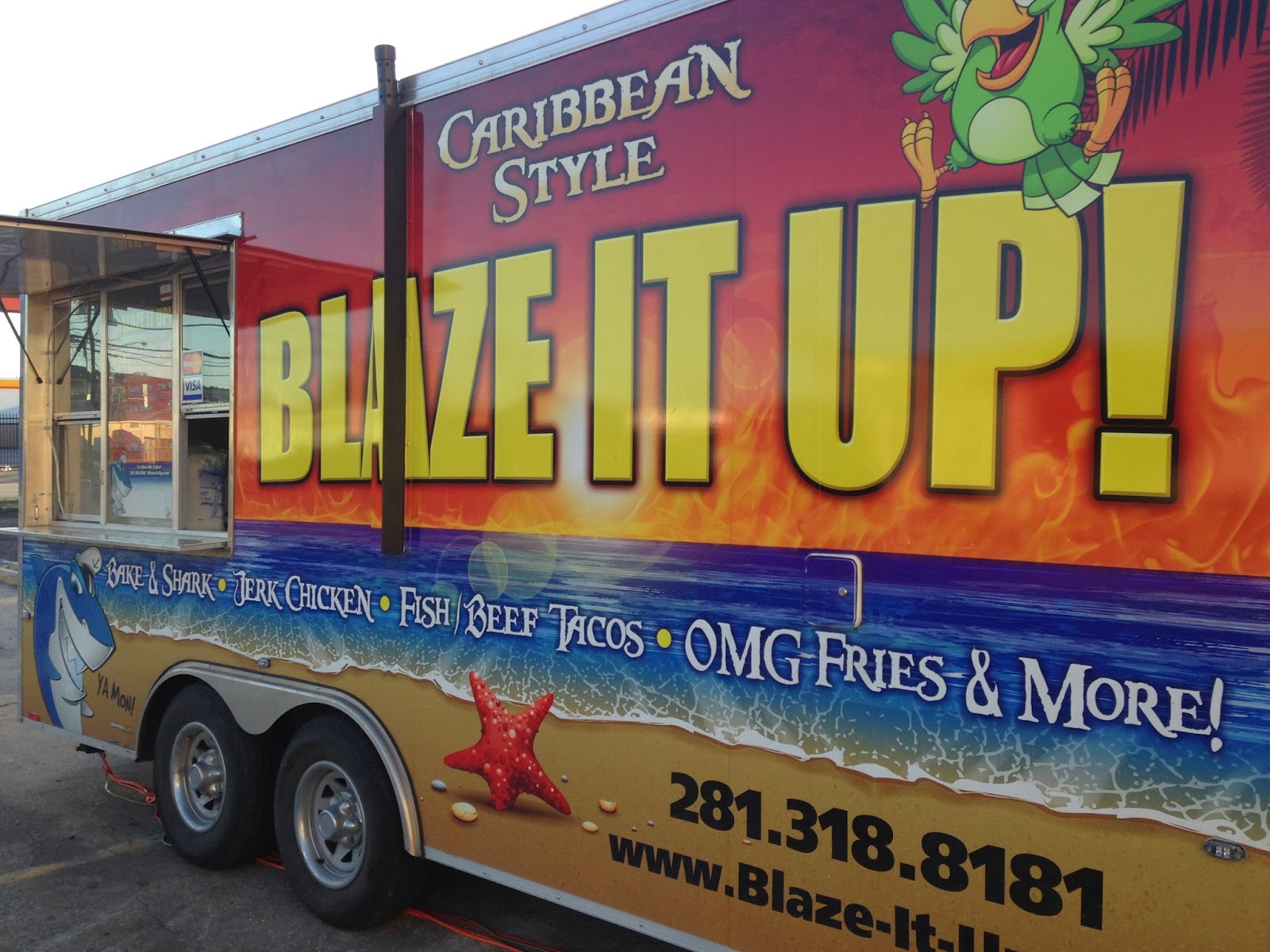 Truck: Blaze It Up! 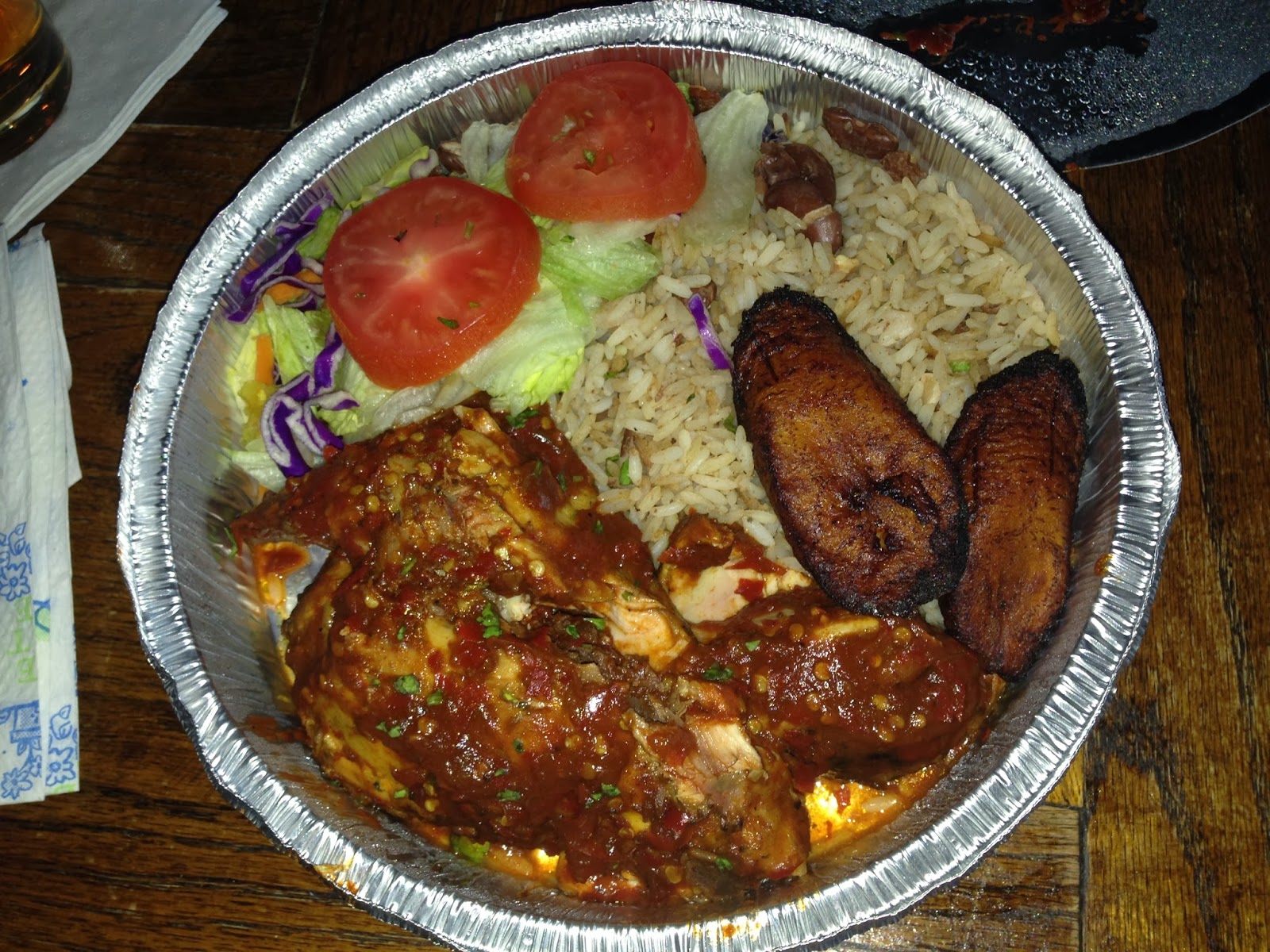 A large portion of the Caribbean classic jerk chicken, an generous portion of rice and peas, plantains, and bit of slaw on the side. I have to confess I've not had the chance to eat a lot of jerk chicken, but I think this is a pretty classic version. Jerk is a marinade made up primarily of allspice and scotch bonnet peppers. Blaze It Up is shy about the heat naturally and there is plenty of heat from the peppers. I could still taste the allspice though giving it that background taste I associate with the Caribbean. Rice and peas isn't made with English  peas, but with any available legume, pigeon peas being one of the classic combinations and where I would guess the dish gets its name from. This version had pinto beans. The beans are first cooked and then then rice is added to cook in the bean broth. Done wrong it's a gooey mess. Done well like this it's light and fluffy and delicious. The plantains were good, cooked till sweet and savory. The slaw was the weak spot here just some basic slaw and tomatoes on the side. Synopsis: Who cares about the slaw, you order this for the jerk chicken and rice and peas. 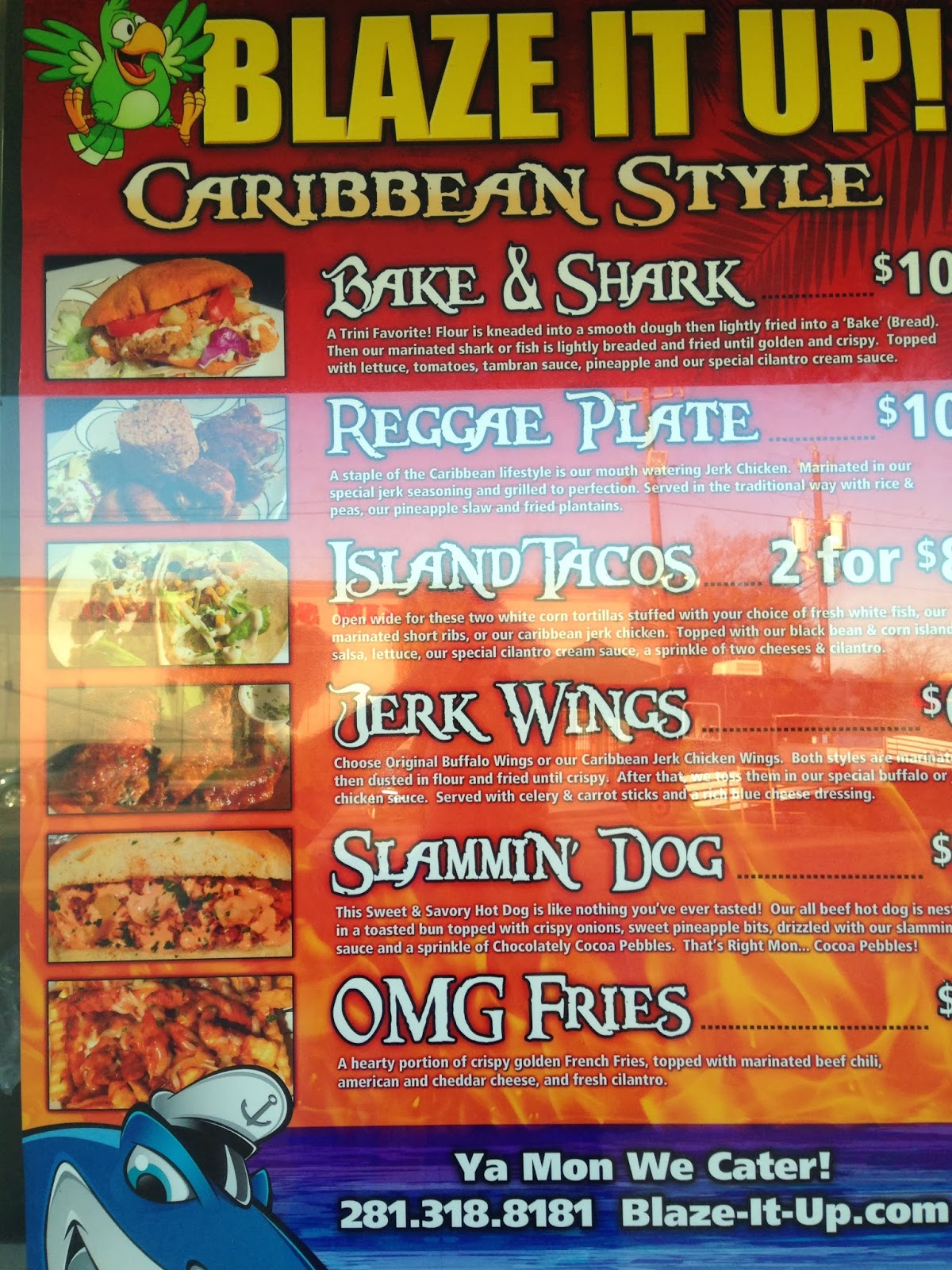 Posted by David Sarkozi at 8:05 AM