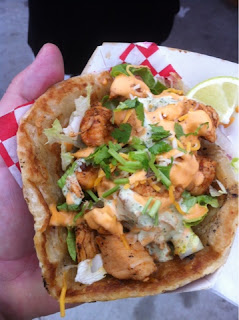 Paratha is a super flaky flat bread originally from the Indian Subcontinent. I'd never tried it before and I have to say I'm sold on it as a taco delivery device. Think of it as a thick tortilla made from filo dough and grilled crispy on the flat top. Chicken was tasty and done perfectly. The cilantro, spicy mayo had just the right kick for a quick lunch bite. For my taste I would have liked more fresh cilantro on it. The cheese didn't seem to be there either. Synopsis: the paratha makes this, a great chicken taco 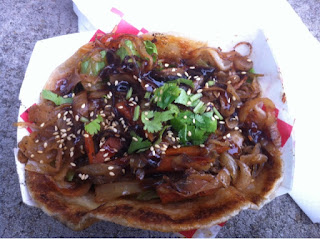 Another taco on paratha. My first bite of this messy taco was "wow the spicy honey sauce is really sweet". On my second bite on the dreary chilly day I tried this was "wow the the nice hot veggies really hit the spot". It all worked because it was so hot and took off the chill of the day. Synopsis: don't wear a white shirt for this, but its a real pick me up. 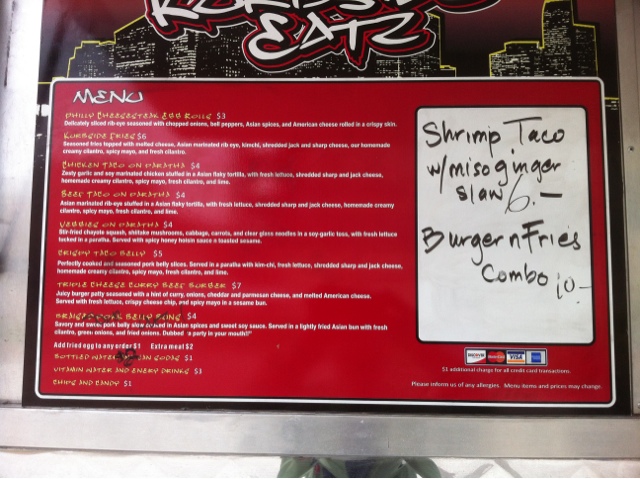